For a time, Glasgow was known as 'The Second City of the British Empire'.  It was built on shipbuilding and marine engineering thanks to the deep waters of the River Clyde estuary.  2014 is set to be a massive year for Glaswegians with the city's Commonwealth Games due this summer.  By the end of this decade, it is set to cement its hold as Scotland's main commercial centre.

Though the ships have left Glasgow, it has reinvented itself as a modern post-industrial city.  As a result, this has made the city an attractive conference venue.  The banks of the River Clyde are dominated by Glasgow Tower and Clyde Auditorium - affectionately known as 'the armadillo'.  The latter building forms part of the Strathclyde Exhibition and Conference Centre, itself a world class venue for concerts.  It is also a popular venue for exhibitions, undoubtedly helped by its central location.

The modern Glasgow sits alongside the proud Victorian city, punctuated by its squares around Kelvingrove and Hillhead, and the architecture of Charles Rennie Mackintosh.  Towards the east, it is a vibrant shopping centre with precincts on Buchanan Street and St. Enoch.

Creatively, the city of Glasgow is dominated by the works of Charles Rennie Mackintosh. His Art Nouveau style was employed in some of the city's buildings, such as Scotland Street school, former offices of the Daily Record and Glasgow Herald newspapers, and the Royal Highland Fusiliers Regimental Museum on Sauchiehall Street. Also on the same street is the Willow Café, which is now a jewellers' shop.

Amidst all this is a wealth of hotels, a great many of which suitable conference venues.  Most of which are a motorway junction, train or underground train away.  For sports minded delegates, Ibrox Stadium, Celtic Park and Hampden Park have conference suites and hotels nearby.  Hampden Park has recently been refurbished for the 2014 Commonwealth Games.

The former Second City of the British Empire is accessible on a variety of modes.  By air, Glasgow (Abbotsinch) and Prestwick airports are within easy reach.  The M8 motorway penetrates the city centre, whereas inter-city trains serve Glasgow Central and Queen Street railway stations.

And, it is well connected with the rest of Scotland.  Why not visit Loch Lomond and take a boat trip?  Combine your stay with a trip to Ayr racecourse?  Or visit the western part of Scotland and take in Oban?  Why not board the Glasgow Sleeper Train from London Euston, and arrive at your conference venue refreshed from a good night's sleep?

If you like your conference venues with a bit of Victorian architecture and vibrancy, consider making the Second City of the British Empire your first one.

Do you belong to Glasgow? You'll wish you did once you've stayed in our boutique hotel in Glasgow city centre. A former Episcopal Church, Glasgow Mal is now one of the most stylish Glasgow hotels, dedicated to a life of pure hedonism where people in the know come to worship at the altar of fine wines, spectacular food and super slinky rooms. Outside, you've got one of the world's most exciting cities, with top quality shopping, incredible art galleries and great theatres.

Just minutes from the bustling business district, this hotel in Glasgow is the perfect retreat for corporate travellers and leisure guests who want to enjoy the convenience of a location in the city centre. Less than one kilometre from the M8 motorway, the Park Inn by Radisson Glasgow City Centre is also just minutes from attractions like the Pavilion Theatre and The Hydro Arena. Sleep well and wake energised in one of 91 modern guest rooms and suites, each equipped with power shower, coffee and tea provisions, and Free Wireless High-speed Internet access.

We have modern fully functioning conference/meeting rooms equipped
with&nbsp;electronic screen for presentations,&nbsp;mineral water
dispenser, pens, paper and mints provided also&nbsp;hanging and storage
space.&nbsp;&nbsp;All rooms have internet access and telephones
with the added bonus of natural daylight in all the rooms as well as
air conditioning and heating facilities.We also have relaxing breakout area for guests to have tea and coffee breaks and buffet lunches.&nbsp;

House for an Art Lover

Designed in 1901 by Charles Rennie Mackintosh and completed by the city of Glasgow in 1996, House for an Art Lover is an exciting, contemporary conference venue and cultural attraction.&nbsp; Situated in parkland, adjacent to magnificent Victorian Walled Gardens, it is a unique venue, ideally suited for corporate hospitality or indeed any event which would benefit from such a prestigious setting, including weddings and private parties.&nbsp; Clients have exclusive use of the elegant â€˜Mackintoshâ€™ suite of rooms which includes a balcony terrace and gallery space.

House for an Art Lover

For those looking for a private function venue the Holiday Inn Glasgow is the place to go. Conference Network is Holiday Inn's dedicated meeting programmer providing the highest standards of product and service whilst offering excellent value for money. 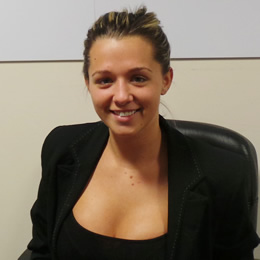